Menik Vehera situated within close proximity to Yatala Stupa is not large in size. It was restored in 1894 keeping to the original shape. This stupa is also attributed to King Mahanaga. Henry Parker believes that it was constructed by King Dutugemunu. In 1882, Governor Robert Longden had granted the land of the temple to Rev. Tangalle Sri Jinaratana, who began the restoration of the stupa and the construction of buildings for a temple. This activity would have destroyed much of the archaeological evidence. Within the temple, there is a large stone pillar which is referred to as ‘Eth Bendi Gala' or the pillar where the elephant was tethered.

Leged has it that King Dutugemunu tethered his famous elephant 'Kadol' at this pillar. It certainly is large and strong enough to retain an elephant. Around this temple, there are many stone pillar bases and other architectural remains of buildings. As at Yatala, there are clusters of pillars and ruins of brick walls around Manik Viharaya. Many of the ruins are on privately owned lands. In some places, pillars have been used for construction work while in other places there used for washing of clothes and for bridges and doorsteps. 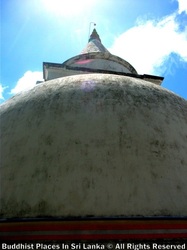 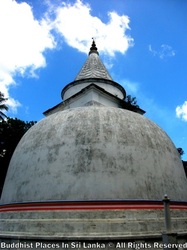 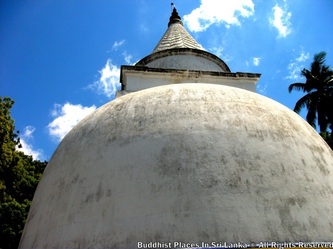 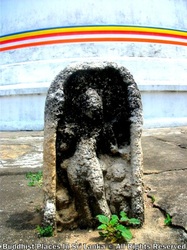 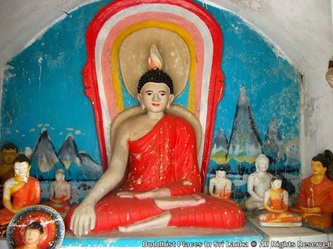 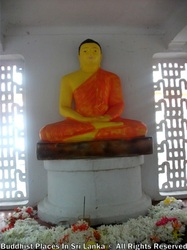 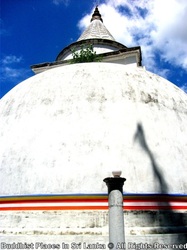