Museum of Raja [Dalada Maligawa/Temple of the Tooth Relic, Kandy]

On August 20, 1986 President J. R. Jayewardene declared Raja as a national treasure in recognition of its invaluable services to the Buddhist religion.Raja, the great tusker, which carried the Sacred Relic Casket for more than half a century, is honoured by the Dalada Maligawa by preserving the dead animal’s skin and tusks prepared to look like the tusker when alive. The museum which is located in a small building adjacent to the Royal Palace is visited by tourists and pilgrims who throng themselves to the Sri Dalada Maligawa. 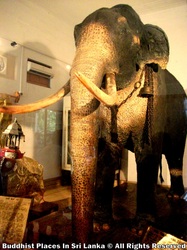 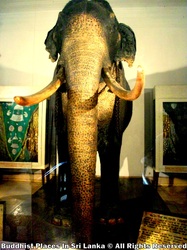 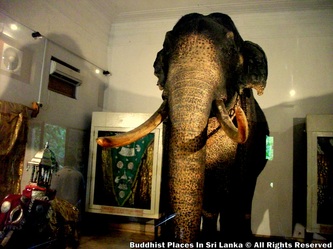 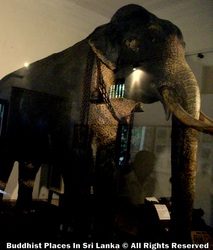 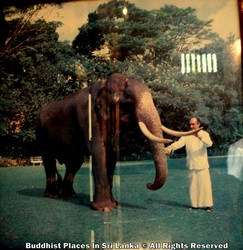 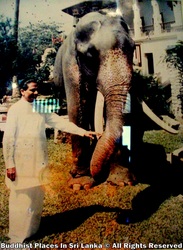 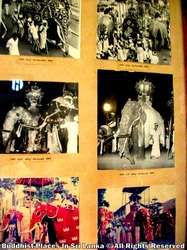 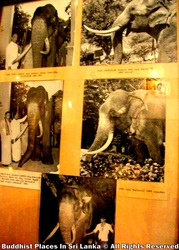 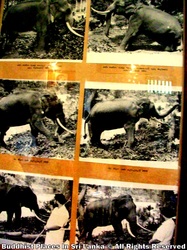 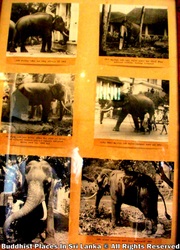 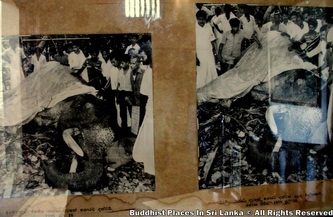 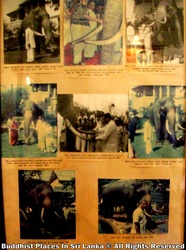 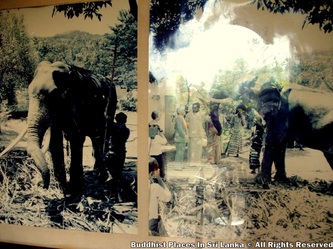 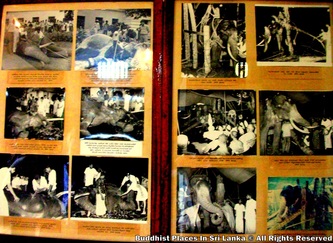 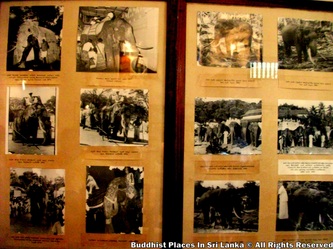 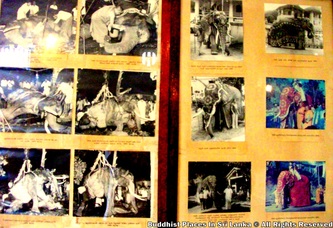 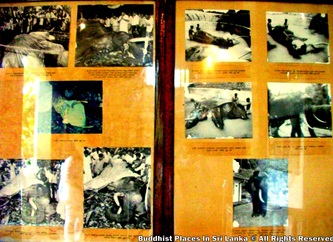 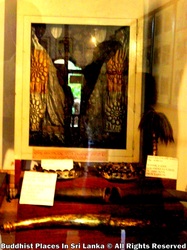 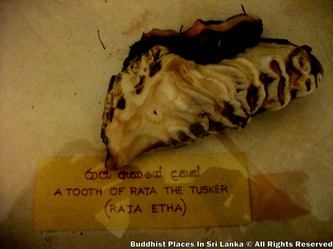 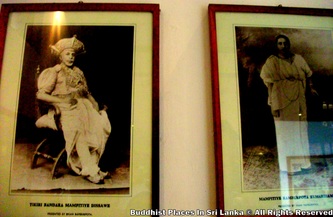